A virtual guide to discover the Civic Archaeological Museum of Milan and the history of its area: the former Monastery of San Maurizio Maggiore. Use the interactive app, developed by ETT S.p.A. and owned by the Comune di Milano - Civico Museo Archeologico, to visit the Archaeological museum. Through the five beacons, discover information about the museum, the towers and Roman walls still standing in the museum cloister and the remains of a Roman house that you can visit. You will see reconstructions of Milan at the end of the 3rd century, the Roman circus and do a 360° tour of the two towers. The guide also offers the chance to see 3D images of some of the highlights in the museum collections. Even at home, you can see the photo gallery with reconstructions of the monuments (towers and monastery), when you want, you can visit the Roman towers and get information and images of the most important finds. Inside the museum are still visible some extraordinary monuments of Milan in the Roman: a stretch of the city walls and two towers, still standing, dating back to the 3rd cent. A.D., when Milan was one of the capitals of the Roman Empire. Also in the area, a domus, a Roman house was found and is still preserved: in addition to parts of the walls and floors, fragments of painted plaster are visible. The application offers the opportunity to visit, virtually, the two towers: the square tower of the roman circus, which later became the bell tower of the Monastery, and the polygonal tower of the city walls, later incorporated into the structure of the monastery and decorated with frescoes, of the Giotto school, on the lower floor. The app allows you to follow through the course of the centuries, up to today, the history of this particular place, unique in Milan, which is linked to the church of San Maurizio Maggiore, a 16th century wonder that conserves the frescoes of Bernardino Luini. 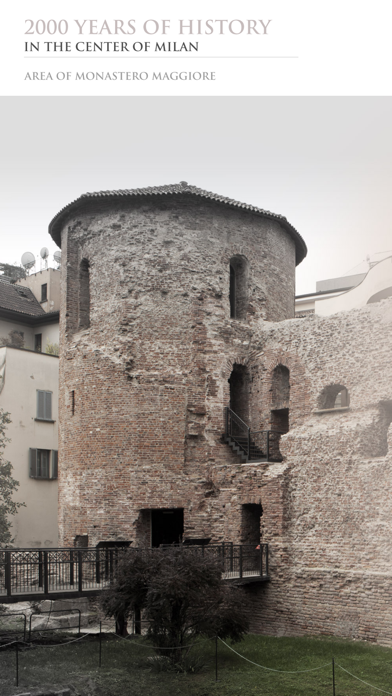 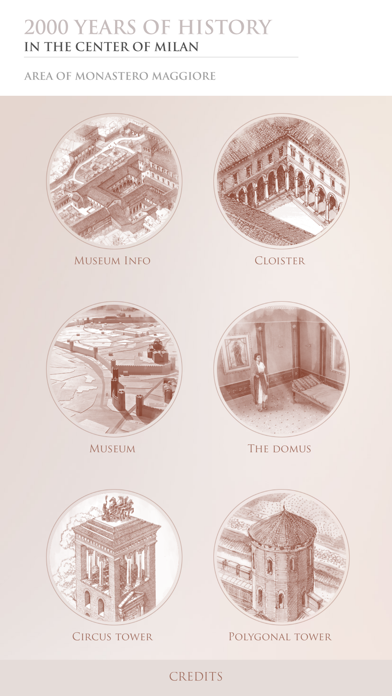