Do you want to test your sneaking and stealing skills just for fun? Gangster Escape Mad City will provide you this chance to do this dramatic scene in a supermarket environment. You have to play as a gangster and have to fight with high alert police and security guards. Just like a prisoner escape, you have to escape from the super market after stealing some valuables from the store. This will be a challenging task in this high security zone. What is new in this game? You don’t a weapon in your hand and you just have to fight with a steal rode. You have to plan whole scenario by keeping all the circumstances in mind. Number of security guards in the mall and escape strategy should be very cleat to leave the store safely. In this market, guards are standing at every corner. Shooting is not allowed because many customers are there and you are not allowed to harm anyone. You have to fight will whole squad to complete the mission. Gangster has to use his all skills and intelligence to escape from the security guards and cops. Ruthlessly the gangster destroying different items in the supermarket. Cops mission is to catch him without shooting him down. Gangster is fighting with guards to escape himself. Gangster escape game is all about prison escape from the border guarding police force of super store. You have to prove yourself a worthy member of a gang. You can fight with a steal rode as a weapon and without it. Both options are available for you where you can show your martial art skills as well. Use your punches and weapons to kill the real police cop. This 3D action and simulation is a combo of thrill and utilization of your best skills of fighting. In this city of violence and turmoil, you as a gangster have to take revenge from owner of that market. He had cost you much previously and this time it’s your turn to give him your response in same manner. Play as a robbers against guards to execute theft. Be the skilled robber and get out from dangerous crime scene. In this mafia captured city, you have to you have the opportunity to become the sole Gangster and take control of the big city. Key Features: • Excellent city supermarket environment • Realistic fight between gangster and guards • Option to fight with and without weapons • Smooth and intuitive controls • Thrilling and challenging Missions • Shoot and kill the police and guards • Easy and interesting game play Enjoy this amazing racing game and give us your valuable feedback at zinggamezz@tribechsol.com . 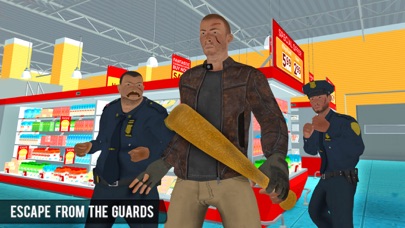 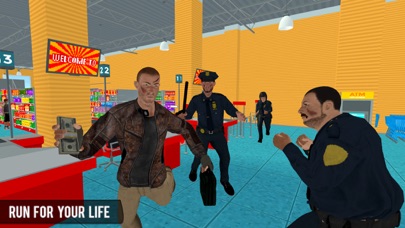