Welcome to GALACTIC BRAWL! Robots have taken the whole galaxy, and now you have to battle to survive! Control a robot, invade hostile planets, mine resources, and face challenging enemies! A SCI-FI BATTLE-ROYALE / LOOT COLLECTOR / HACK AND SLASH ADVENTURE! Be careful, other robots are on the hunt! Look for the crystals, destroy the turrets guarding it, and mine its resources! Before the time runs out, fight for your place in the escaping pods in order to get back to the safety of your spaceship and keep your bounty. Ultimately, use resources to upgrade and customize your robot to become stronger! FEATURES - Multiplayer matches (up to 8 players) - 4 full-robots and a total of 16 interchangeable parts - Common, Rare, Epic, and Legendary robot parts (several levels to upgrade) - 5 different kinds of resources: credits, diamonds, iron, aluminum, and gold - A quick and simple playable tutorial showing the game basics :) - Awesome visual effects and UI :) - Store featuring resources and exclusive robots! 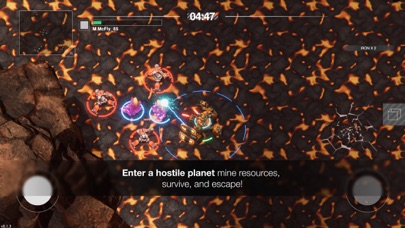 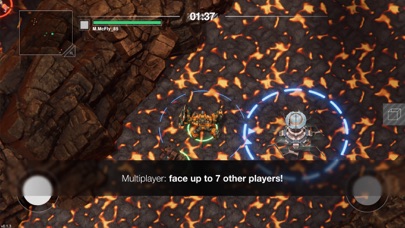 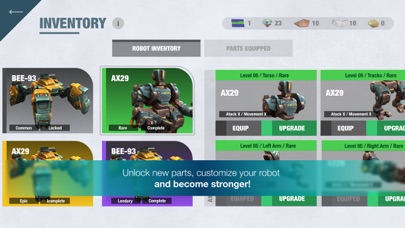